Of course I wasn’t going to blog about this before I went for it!  (Yes, therefore you should be able to work out the outcome!)

A long drive down to Exeter this morning for my school minibus test.

The first bit was a drive around the Westpoint Arena – the Devon County show and The Mix music festival are held here so many of the children would recognise the venue.

Oddly, we drove round the circuit a few times but he told me to ignore the red traffic lights – plenty of them in Topsham and Exmouth apparently.  It felt extremely odd driving through those!

On to the road, we spent a couple of hours in the minibus.  Having a brother who has recently passed his ROSPA Gold on his motorbike and car, the assessor decided to crank up the test asking me to do the commentary as I drove too!  What do I need to work on?
– looking in the mirror as I change down gear,
– yes, that’s it!
– apparently, you don’t change down on the approach to a red light anymore either, but brake, clutch and select the gear for pulling away… I remember getting told off for that back in ’91!

What a stressful way to finish the term – however, I passed!  Shame he didn’t hand me a ROSPA Gold, but only a DCC signed certificate – something to be lost and forgotten about in Mrs Herbert’s cupboard ;-( 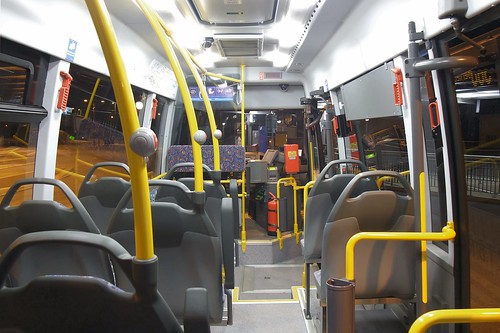 No – this is a generated photo from Compight and NOT the bus I drove!

Have a lovely Easter everyone!
Mr Thomas