We’re trying to raise some money for Anaya Evans who has recently qualified to represent the UK in Mexico’s Beach Volleyball World Championships for the under 17s… and she’s only 15!  To do this we thought we could ask the children to come to school in non-uniform (sporty theme) and bring in donations of a £1.

Anyone bringing in more than £1 will be entered in to a draw for a cream tea for two at Sandleigh Tea Rooms – thanks to the Evans’.

Together we can assist Anaya and her volleyball partner get to Mexico and further their sporting career.  Good luck for next week girls!

Hopefully we can put some photos up tomorrow of the children wearing sporty clothes  and let you know how much we raised, who won the cream tea… and also who achieved Gold in their ‘challenges’, just as Anaya did 4 years ago!

(Chuckle…  for Sports Challenges, an hour challenge in the morning, they’ll need their PE kits!  Ok, yes they could possibly do it in their sporty clothes, but what if they’re dressed as a surfer?!)

The Percival’s name was pulled out of the bag at lunchtime as one of those who had put in more than a £1 and so they get the voucher for a cream tea at Sandleigh!

Well done to everyone for their support – the school has managed to raise £164 altogether!
Anaya is already travelling to Mexico but we may hear from her when she returns… good luck if you’re reading this girls! 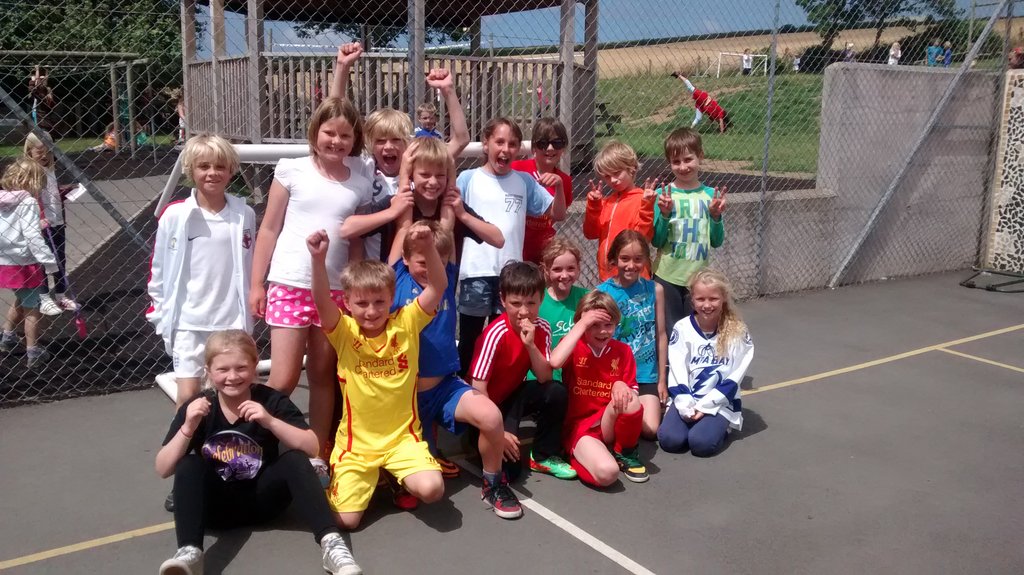 In this tournament, Anaya became the under 18 British Champion!